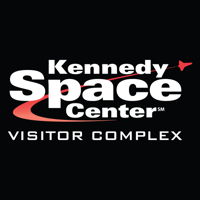 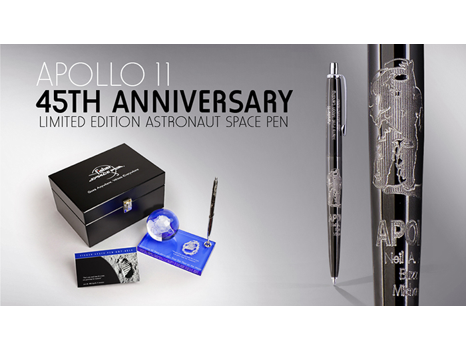 Winning Bid: $1,250
Item #: 213
Bids: 11
Leader: mike m
Bidding on this item has closed!
49 years ago, a simple pen played a critical, if unplanned role in the return to Earth of the first astronauts to land on the moon.

Fisher Space Pen, the company that privately developed and provided the pressurized ballpoint pens used by Neil Armstrong and Buzz Aldrin on the moon released this smart commemorative set in 2014 to celebrate the 45th anniversary of the moon-landing.

This Fisher Space Pen (with a pressurized refill) has a brass cartridge. It comes with a Lunar Crystal Pen Holder with a blue crystal base with a Lunar Module engraved within the clear crystal globe. The crystal engraving base features the Moon footprint, flight times and Neil A. Armstrong’s quote as he first set foot on the moon. “That’s one small step for a man, one giant leap for mankind.”

The pen itself has been engraved with a Commemorative Moon Landing diamond cut to chrome plating.

The pen comes in a beautiful black lacquered Baltic Birch display box that was handcrafted in the USA.

Fisher Space Pens have unique design characteristics making them far more reliable than conventional ball point pens. The technology allows the Fisher Space Pen to write smoothly, in a vacuum, at any angle, including upside down, over grease, in hot and cold temperatures and even underwater.

Proceeds for this lot benefit the ShareSpace Foundation.
Sponsored By